An Apple a Day Won’t Keep Bias at Bay 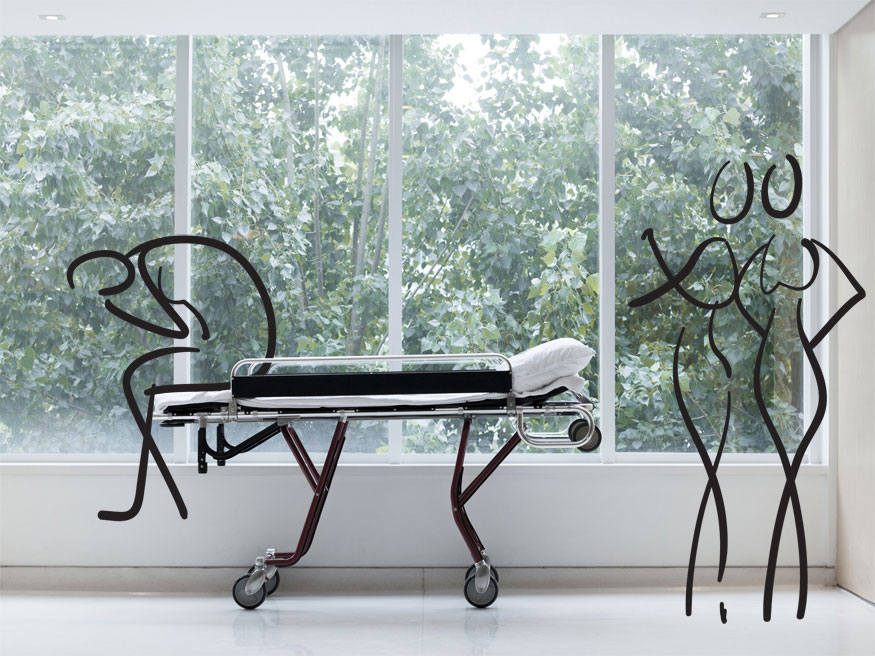 A very recent and lengthy illness reminded me that being a women in my 50's means facing yet another decade of sidelong glances and hurtful whispers of "faking it" because I don't "look sick." It's true that I don't have some severe disfigurement or obvious physical challenge, but I do have more than my share of enervating illness.

Don't get me wrong, I'm not complaining. I'm just stymied by the unconscious, or implicit, biases of the people around me when overcoming illness becomes a priority for me.

People can be terribly cruel.

What is unconscious or implicit bias?
According the University of Warwick in the UK, "Unconscious bias refers to a bias that we are unaware of, and which happens outside of our control. It is a bias that happens automatically and is triggered by our brain making quick judgments and assessments of people and situations, influenced by our background, cultural environment and personal experiences."

Essentially, the brain takes in a person or situation and evaluates it based on the data that our brains carry. This assessment takes place very quickly and without our being aware that we are assessing, let alone rendering any bias. Often we don't realize that our reactions or feelings about a person or situation are a direct reflection of these hidden biases. As well, we may or may not be aware that the result of the bias is hurtful or damaging in the life of another.

Consider, too, that unconscious bias is well-known today. It's all over the news and social media, and even our political arenas are discussing it. Outlets like Forbes, Fortune magazine, The Huffington Post, Science magazine, Entrepreneur magazine, The Guardian, The NY Times and many others have written extensive articles about this issue in recent years. We can no longer claim ignorance.

What does this mean for others?
For so many women in their 40's, 50's and beyond, the stories are similar. Some wacky disease, disability or illness is thrust upon us and those without affliction simply can't or won't understand. Like most of the transitions we talk about at Leaping the Chasm™, living with illness is also life altering. Medications and care can be expensive. Time missed from work can lead to discomfort, discrimination and/or dismissal. Strain on relationships can destroy once reliable support systems. Plus the fear and anxiety associated with health issues can make overall health an elusive prospect.

According to the Centers for Disease Control and Prevention (CDC), in 2014, an average of 24.3% of women ages 50 and beyond reported having only fair or poor health. 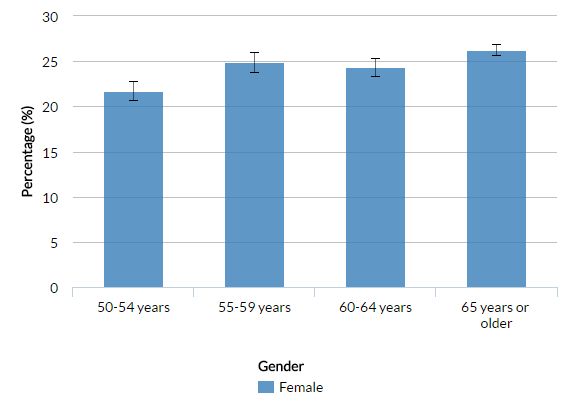 Though seemingly small, that's a staggering number spread across the Silent Generation and Baby Boomer demographics. Never mind the Gen Xer's coming along. Statistics like this make it clear that dealing with health transitions is reasonably common among women of an assured age.

Solutions for better living are needed and an expectation of some compassion and understanding is not unreasonable.

In his article, We Owe it to Each Other to Confront Unconscious Biases (The Des Moines Register, July 2016), Kevin Pokorny asks, "How can I affirm whomever I meet as a total human being, rather than making statements or to view them in a way that short changes who they are. Most of these things are unconscious biases I’ve grown up with and don’t give much thought to them until something triggers them. And when they do, it serves to put blinders on what I see and think that fuels judgmental attitudes, that when acted upon, can cause harm to others."

Pokorny is right. Unconscious bias does cause harm, however unwittingly. We all need to be more aware and strive to be more open to each other's differences.

How then can we turn from unconscious bias to conscious acceptance?

Addressing the issue
Adapted from the Southern Poverty Law Center article, Six Steps to Speaking Up Against Everyday Bigotry, the following guidelines have been valuable for me in raising awareness of unconscious bias in myself and others. When we choose to be bold and raise awareness on our own behalf, we must also be cautious, patient and diligent in order to promote change. Sometimes we succeed and sometimes we don't. That's ok. We are trying.

1. Be ready.
When dealing with chronic illness or other health challenges, we know that an episode, flare or bout is going to occur again and again. This is not a surprise for us, but can be for others who don't deal with these types of issues. Consider what to say and speak up when the time comes. Often open-ended questions can be helpful. "Why do you say that?" "How did you develop that belief?"

2. Identify the behavior.
Holding up a mirror to biased behavior can be touchy, but effective. Be careful not to resort to name-calling, labels or inflammatory language. Restating with an open-ended question is a tactful way to begin a dialogue. "John, what I hear you saying is that all health challenged people are less than productive. Why do you say that?"

3. Appeal to principles.
When we're acquainted with or have a relationship with the person whose bias is hurting us, there's an opportunity to build the conversation on our mutual knowledge of one another. And following with an open-ended question promotes an open discussion. "John, I've always thought of you as someone who understood my challenges, it shocks me to find out that you harbor biases against health challenges. How did you develop those beliefs?"

4. Set limits.
We need to be aware of what we are willing to overlook and what action, comment or criticism is going too far. When lines are crossed, we need to be ready to establish firm boundaries. "John, I can't control what you think or say, but I ask that you respect me and refrain from this type of [behavior, commentary, criticism] in my presence."

5. Find an ally/be an ally.
The upside of dealing with a health issue against unconscious bias is that we are not alone. We can align ourselves with people like us and commit to supporting one another in the face of bias… and in general. Speak up on each other's behalf, be an example to those who are less than accepting, and challenge others to do the same. Silence only allows the bias to thrive.

6. Be vigilant.
We are all imperfect and we all harbor unconscious biases. It is therefore important to remember that change happens slowly in others as it does in ourselves. We must continue to speak up. We must continue to support one another. And we must forgive the imperfection of hidden bias in order to be appropriately vocal and promote change.

“It's not at all hard to understand a person; it's only hard to listen without bias.” -Criss Jami

You can help. Leaping the Chasm is asking women of an assured age to help us understand the unique struggles and needs of this age group by answering ten anonymous questions. It's fast, it's easy and it's the first step toward developing solutions.

If you have a tough life transition story and want to share your experience with others or are willing to be interviewed for a column, please contact us. If you are a solution or service provider and would like LTC to review your offering, contact us to discuss.

About Leaping the Chasm
Leaping the Chasm™ (LTC) provides candid conversations and social media engagement for women in their 40's, 50's and beyond who are undergoing the personal, physical, financial, education and employment transitions that often accompany mid-life. LTC shares experiences, transfers knowledge, improves outlook, connects people, and helps identify opportunities for this powerful demographic.

You already voted!
You can share this story by using your social accounts:

Jen Arthur is an advocate for women, an award-winning marketer and corporate writer/editor. She has been writing and editing professionally for more than 10 years. Jen has studied marketing and business law, and is a certified mentor through the Mentoring Women’s Network. Currently, Ms. Arthur is the National Marketing Leader for an independently owned Print and IT Services firm. She also continues to speak out about the tough life transitions impacting women in their 40’s, 50’s and beyond through her Leaping the Chasm project. Jen is based in the Central United States and can be found online at www.leapingthechasm.com.

This site uses Akismet to reduce spam. Learn how your comment data is processed.